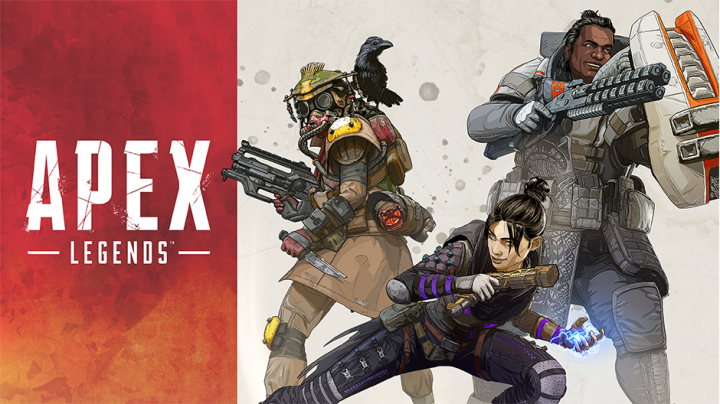 The Battle Royale genre has grown exponentially in recent years with games like Fortnite and PUBG, but the AAA studios a bit of time to catch up. Call of Duty Blackout was probably the first ‘polished’ battle royale game mode and built on mechanics implemented by the likes of H1Z1 and PUBG, but with that all-important Call of Duty feel. However, this, in my eyes, didn’t really do anything ground-breaking. It was just another battle royale mode and lacked originality in weapon skins, map updates and more. In contrast to this, Respawn, the developers of Titanfall just launched the game that is not only of AAA but one that has built on previous mechanics and has definitely up the entire industry.

Apex Legends is essentially a 60 player battle royale game based in the world of Titanfall but has the added elements of a class-based system, similar to Overwatch. This had been implemented by Hi-Rez with Realm Royale but it never really got too much traction, and has somewhat been abandoned by it’s community due to poor balancing and core game changes. In contrast to this, Apex Legends has been received fantastically with influencers and the public alike praising it’s class-based approach due to ability depth and different play styles you can create for yourself. I’ve jumped in and played with all the heroes I have unlocked so I can 100% vouch for this. The different special abilities really do give a variety of options for your play style and keep every match as fresh as the last. I remember using the Bangalore hero with her smoke ability that allows for great cover, coupled with my teammate’s Wraith teleporting ability, and worked like a dream, bamboozling multiple squads.

The introduction of three-man squads was something I thought might be a bit strange, and with it being the only mode you can select in Apex Legends (as of writing this), I can understand why some people could be put off by this. But this is not the case, it just works. The three different heroes supporting each other in every battle offers a different dimension that no other battle royale game has done to date in my eyes, and provides a different experience in every encounter. This is something I believe could have revolutionised the battle royale genre as a whole. It is no longer just a shooter, it’s a complex system of what heroes work with what and how each teammate can support each other with what abilities they have.

If skins are your thing Apex Legends has them all. There are skins for literally everything in the game, whether that be the gun you pick up or the character you’re using. Not only that but there’s so much variety and depth to the skin system, there’s to the skins, the ability to purchase them, and refreshes over a period of days. My only grumble about this is that because it is being published by EA, the micro-transaction system is obviously the main focus and even earning in-game currency can’t be used to unlock some of the skins unless you purchase the predecessors. I can however, move past this, the skins don’t impact gameplay so I can’t be too punish them too hard.

Finally, the core shooting mechanics are of top quality. The hit registration is of what you expect from a AAA game and the gun handling in general is smooth and fluid, allowing for some great individual plays to accompany the overarching squad teamwork. Not only this but the actual guns themselves have a nice variety, with subtle changes to the run of the mill assault rifle, sniper, handgun, etc. by introducing interesting mods and different fire rates.

Respawn have pulled off a brilliant game here. In my personal opinion it’s my favourite battle royale game so far due to the teamwork aspect, the actual mechanics, and the fresh feel I get jumping into every match. The class-based system is something I never really thought would take off within this genre but in this game, it really defines how it is different from the rest and become the norm moving forward. I definitely recommend checking Apex Legends out if you’re a fan of battle royale games and of shooters in general. I will guarantee you’ll be about ten games deep and realise how long you’ve actually spent playing this game. I can’t emphasise enough how fresh each match feels and I believe I will be playing Apex Legends for the foreseeable future.