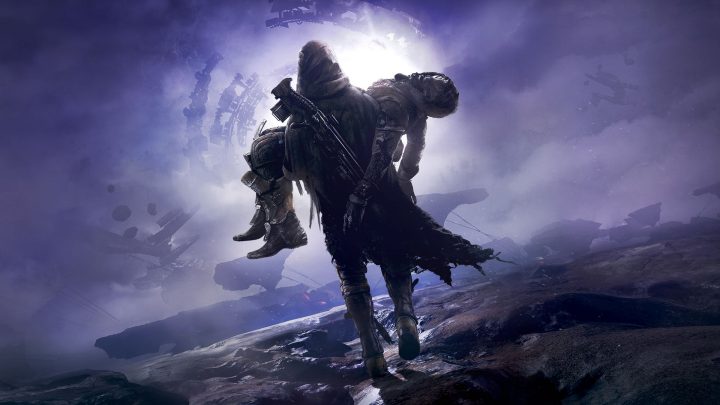 As an avid Destiny fanboy I long awaited the release of Destiny 2, chomping at the bit for fresh content to curb my thirst for new loot. Alas, when it dropped in September 2017, me among hundreds of thousands of others felt so bitterly disappointed.

I found the core story to actually be enthralling and so much better than the original game as it had a fully-fledged evil entity known as Ghaul who was attempting to steal the traveller for his own. It was our job as guardians to reclaim the travellers light and become powerful once again.This was such an improvement as it gave us a chance to be part of a story and not just opening up planets to traverse, defeating different types of enemies.

However, upon completing the campaign it soon became clear that the game that was so focused on loot had no loot to obtain. Most weapons were re-skins, armour had no meaning, and there was little creativity when I came to post campaign content. Don’t even get me started on DLC 1; Curse of Osiris. This DLC had so much promise, the core idea behind a time travelling guardian got me really excited but yet again I was left with that empty feeling with nothing to chase after completing the (short) campaign. I went into DLC 2; Warmind with no expectations, after what I had experienced so far my hope was dwindling. I was actually pleasantly surprised with what was on offer; a new campaign, endgame activities, new exotics and more. This gave me huge hopes that this franchise I was obsessed with was finally going down the right path. Then, trailers started dropping for Forsaken and that’s all I could think about. Every day. Cayde-6 was going to die and this invoked a burning passion to destroy his killer.

When Forsaken released, I couldn’t have been more excited. After the disappointment I had experienced over the year, the build-up and Bungie’s promises made for one of the best expansions they have ever released. Boy did they deliver. The campaign was a fantastic piece of storytelling, triggering emotional moments that Destiny had lacked since its inception. The hunt for Prince Uldren was entertaining throughout. Hunting the barons wasn’t tedious, the loot that was dropping gave me small power increments and most of all it was actually a challenge. Upon completing the fantastic campaign (which I won’t spoil here) it seemed to be only the beginning as I unlocked an awe-inspiring new area; The Dreaming City. More missions, more loot and more story content was on the menu and I lapped it up for hours on end.

Enough about the story though, what about the endgame content, PVP and the all-important loot? Well, it’s all there. Firstly, lets talk about the raid. No spoilers of course, but this raid might be the best raid Bungie have ever created, it brings back fantastic mechanics, mystery and potentially the hardest boss in the Destiny universe. Put it this way, it took over 18 hours for a team to beat it.

Moving on to PVP and the new game mode, Gambit. PVP was in a huge mess with the 4v4 system and lack of differentiation in terms of weapon load-outs, but thankfully that’s all been scrapped. 6v6 is back, I’ve got my Xbox One Elite controller back in my hands ready for some PVP action. There’s so many variations in weapon load-outs due to the reworked weapon slots (you can even run 3 shotguns if you want to), and team-shotting is no more. Gambit is also a tonne of fun, the combination of PVE and PVP is cleverly done, appealing to both parties and offering some real ‘hero moment’ opportunities when you invade the enemy team.

Finally, the loot. The weapons and gear had been severely lacking up until this point but with Forsaken, a whole host of different gear with random rolls, mods and more became available. This new gear coupled with the new aesthetics made for a very entertaining grind (even though I’ve only had one exotic drop) where the search for those all important god rolls is prevalent once again.

So all in all Bungie did a fantastic job with this expansion, correcting many of the wrongs that the initial release had and adding new features that really improve quality of life. Is the Forsaken DLC the saviour of Destiny 2? Hell yes. The grind is back, the player base is loving it and most of all the fun factor returns, paving a way for that Destiny addiction once more.