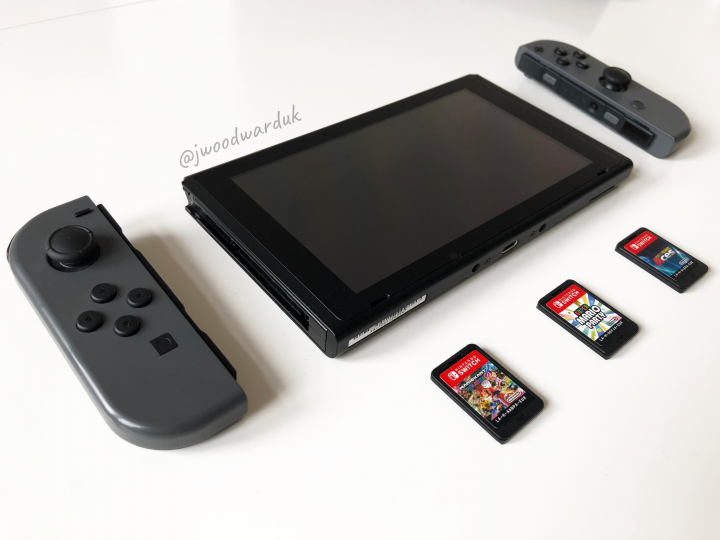 When the Nintendo Switch was announced the first thing that came to mind was this could be the next Wii, selling out in a matter of weeks and causing a stock shortage outrage for months. The idea of coupling a device you can take anywhere with Nintendo’s first party title prestige is a match made in heaven. If you’re thinking on whether the take the plunge on this innovative console, take a look at the 4 reasons below.

If you’re always on the go like I am and struggle to fit long gaming sessions in, the Nintendo Switch could be the answer to your prayers. The device itself is similar to a small tablet with attachable controllers and therefore, you can literally carry it anywhere. Some might say “how is this better than mobile gaming?” well, in my opinion it is far superior. You get well built controllers that attach to the system and games that far exceed any mobile game in terms of depth, story and modes available.

When the Nintendo Switch first launched games were few and far between with The Legend of Zelda: Breath of the Wild kind of being everyone’s go to. However, now the console has been out for over a year, there are a wide variety of titles to fit what genre you enjoy most. For example; there’s Super Mario Odyssey for you Mario lovers, Super Smash Bros. Ultimate for those who love a good beat ‘em up, and Splatoon 2 for a bit of mindless vandalism. Even with just these titles you can see there is enough gaming variety to quench your thirst.

If you don’t know what I mean by ‘port machine’ I am referring to the fact that many games from a couple of years ago have been ported to the Nintendo Switch. For example, games such as Skyrim, LA Noire and now, Dark Souls have been made available and due to the portability aspect of the console, you can play said games on the go. This is something that Nintendo has tended to shy away from; allowing AAA developers like Bethesda to develop titles for the system and this is great for the consumer, giving them the ability to expand their game library without having to stick to first party games.

To say Nintendo was late to the game in terms of online play could be a bit of an understatement. But with the development of the Switch, online play has been incorporated into most first party titles such as Mario Kart and Mario Tennis Aces, and has become a necessity with porting games like Fortnite to the console. They seem to have took a page out of Sony and Microsoft’s book as they are now charging a small subscription fee, similar to Xbox Live and PlayStation Plus which in my opinion, was the best thing to do, they can improve servers, entice more player with free content such as NES titles and gradually bring in more features like voice chat, which has never been seen before on a Nintendo console. Although the online play is in its early stages, I think it’s a big reason to buy this console and it will only get better over time.

If you’ve read this far then you must still be interested in grabbing a Nintendo Switch for yourself and all I can say is, go for it. It’s worth the gamble if you’re not even a Nintendo fan due to the portability of the console and the amount of third party titles that have been and will be developed. Not only that, but you can get your IRL pals round and have a good old game of Mario Party to make (or break) your friendships which you just can’t replicate on other consoles.