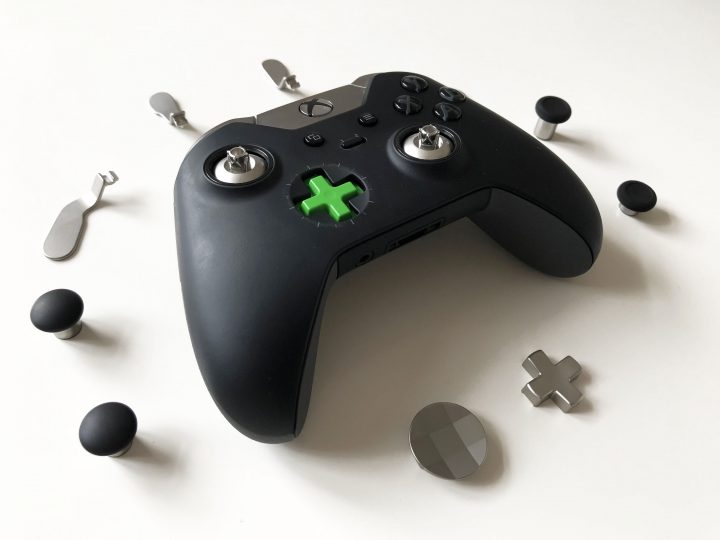 When I think of gaming peripherals that have improved my gaming experience the first one that comes to mind is the Elite Controller for the Xbox O. This customisable controller not only feels fantastic in the hand with the smooth, matte texture, but performs like a dream with the full button remapping capabilities, interchangeable sticks, and extra paddles. I personally think the build quality of the controller is the best I’ve ever used. It has a weightiness to it that not many others possess and eliminates any chance of ‘flimsiness’. Not only does the controller come with all these interchangeable parts, get a nice high quality braided USB cable along with a travel case which really puts the cherry on top for me.

My personal favourite set up for my Elite Controller at the moment is to use the default style and length sticks and two paddles as I feel most comfortable controlling with them, especially playing shooters such as Destiny 2 or Call of Duty. I used to use the domed, PlayStation style stick for the left stick to control movement but I found it to be slightly slippy when pushing it in one direction for a while so I moved back to the default and it’s helped a tonne. The reason I only use two paddles instead of four is just because I don’t really need the extra paddles at this moment in time. I use them mainly for Destiny 2 to fast dodge and melee thus not needing the extra two. I think however for games like Fortnite four paddles would be of great use for speed building or switching weapons.

You can this up for around £110 at some retailers like Amazon and the Microsoft Store but I actually got mine from an Argos deal for £100 which also included a Forza game so really when you think about it, the controller only really cost around £60 which I think is an absolute steal. All in all, the quality of the controller coupled with the amount of customisation right out of the box is more than satisfactory, it’s fantastic. Yes, it is a little on the expensive side for a controller but if you can find the right deal, you really won’t be pay that much more than the bog standard controller everyone gets with the console. I wish I could grumble about something they missed or something fell off that shouldn’t have but this really is a stellar piece of kit that will improve your gaming abilities and overall experience.